A multidimensional approach to restoring state legitimacy in Yemen 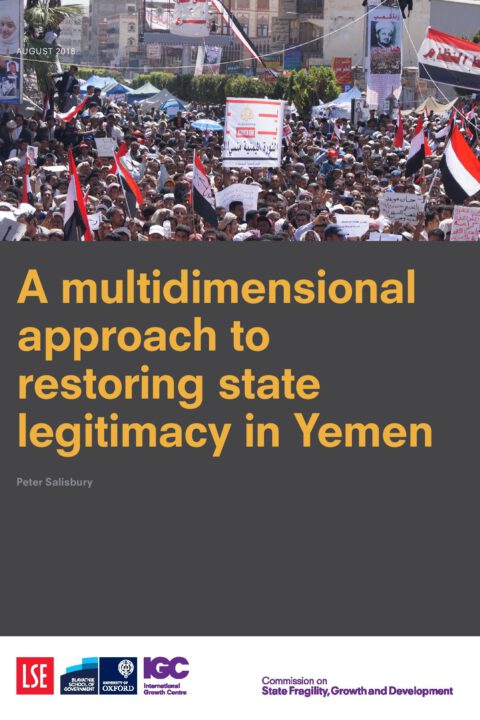 Short exploration of the concept of legitimacy in the Yemeni context. Argues that legitimacy must be earned at the local level through the provision of security, basic goods and governance

No single term is more loaded in debate and discussion regarding Yemen’s civil war than that of “legitimacy”. Yemen has a “legitimate government”, largely based outside of the country. It is also the focus of the activities of the selfproclaimed “Coalition to Restore Legitimacy in Yemen”, which is accused of war crimes against Yemen’s civilian population. Some Coalition members stand accused of “acting like occupiers” by the same “legitimate” government they purport to be restoring. Meanwhile, a group that is not recognized as legitimate by any international entity acts as de facto authority in the country’s main population centres.