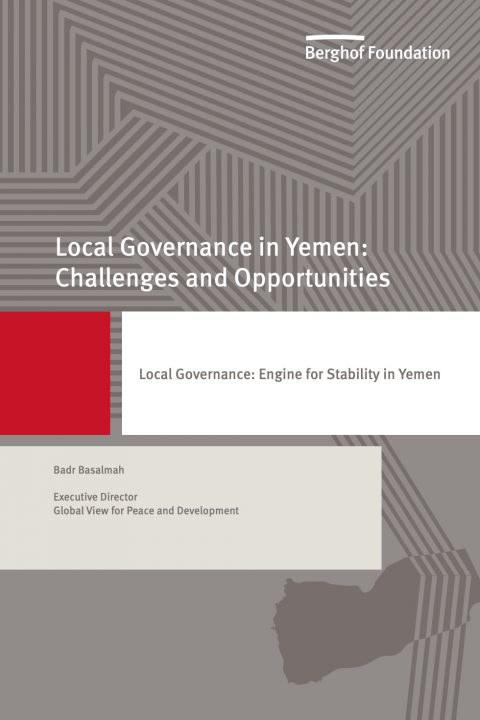 Challenges and Opportunities: Local Governance: Engine for Stability in Yemen

This paper on the local governance experiment in Yemen seeks to review its past developmental stages and current reality. It includes governorates still under the war’s impact, as well as and those no longer affected by war, but still facing major challenges to reinforcing stability.

Given the current conditions, this paper’s main objective is to be a catalyst for discussion by raising questions on the fate of local authority, the feasibility of applying the system, the political and service challenges governorates face, and the possibilities for strengthening local governance in areas where fighting has subsided to bolster security, services, stability and development.

For this, discussions were organized between executive department leadership in Hadhramawt Governorate, amongst others. Questions were raised on the development stages of local governance, the positive and negative elements of this experiment, and ideas for addressing the questions raised.