Federalism, conflict and fragmentation in Yemen 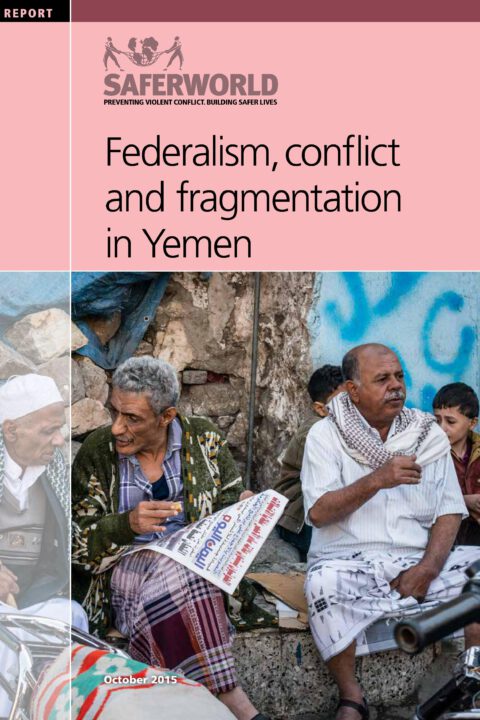 Discussion of federalism in Yemen and the run up to the war . Concludes that if more energy had been devoted to adressing urgent needs and less to utopian long-term solutions, the war might have been avoided. Argues that basic local service delivery, not constitutional engineering, is needed for peace

Since march 2015, Yemen has been in the midst of a multifaceted civil war that has seen a Saudi Arabia led military coalition bombarding rebel Houthi fighters and military units loyal to the former Yemeni President Ali Abdullah Saleh in the hope of displacing them and restoring ousted President Abd Rabbu Mansour Hadi to power, while the Houthi-Saleh alliance battles an array of local armed groups on the ground.

The violence has left over eighty per cent of the population in urgent need of assistance as fuel, food, and water supplies have dwindled. The current crisis has many causes but was ultimately precipitated by a political culture that promoted corruption and patronage at the cost of basic services including water, healthcare, education, security and justice, coupled with an emerging winner-takes-all attitude to power among the country’s political elite. Yemen’s 2011 uprising and the subsequent inter-elite violence of that year made it clear that the way the country was run was no longer acceptable to the majority of the populace, and that governance and the social contract required fundamental change; and that a deal between elite groups to work together to repel external threats and share in state resources had collapsed.

The 2013–14 National Dialogue Conference (NDC) was a move towards resolving some of these underlying structural issues. One proposal, of a six region federal model, provided the possibility of more accountable and inclusive governance and was heavily promoted by President Abd Rabbu Mansour Hadi. The federal model is again being discussed as a post-conflict solution to creating stability once (indeed, if) Yemen’s war has ended.

Federalism as a governance model in post-conflict states has become a popular tool for policymakers working on peacebuilding processes, as it ostensibly provides voice to all parties to conflict, and to marginal groups perceived to have been excluded from political processes. By devolving power to regions – and thus giving, in theory, those from non-central geographic and social spheres a say in governance – the hope is that a more inclusive governance process will lead to stability.

However, federalism is also a complex process fraught with difficulty and one that can take decades to become entrenched – if at all. Fundamentally, it requires buy-in, and understanding, from both the political elite and wider society. The report, based on desk research and interviews with key actors while the author was based in Yemen in 2014 and then working from New York in 2015, argues that the focus on federalism as a solution to Yemen’s many problems was emblematic of the wasted opportunity of Yemen’s transitional period between February 2012 and September 2014. Diplomats, foreign advisers and Yemeni politicians devoted more energy to selling utopian long-term solutions than to addressing a deteriorating political, economic, security and humanitarian environment.

It further argues that unless future administrations prioritise basic services, including security and justice, healthcare, and education for the entire population, no governance model can provide a peaceful future for the country. Failure to address these concerns in the past led those disillusioned with the transitional process to give up on the state and turn to non-state actors like the Houthis and Al Qaeda in the Arabian Peninsula (AQAP) who offer some services and a narrative of change by upending the international and local status quo. Distinct regional identities were reinforced as ordinary people believed and saw that the state, and the transition process, did not serve their interests, entrenching deeper – and narrower – identity-based politics.

Unless national-level inequalities between the core elite and the wider population are dealt with, no model of governance can be effective. In order for a more inclusive and peaceful Yemen to exist, the current conflict must end. This report provides recommendations, including: