Marib, Yemen: Rising Above the Conflict 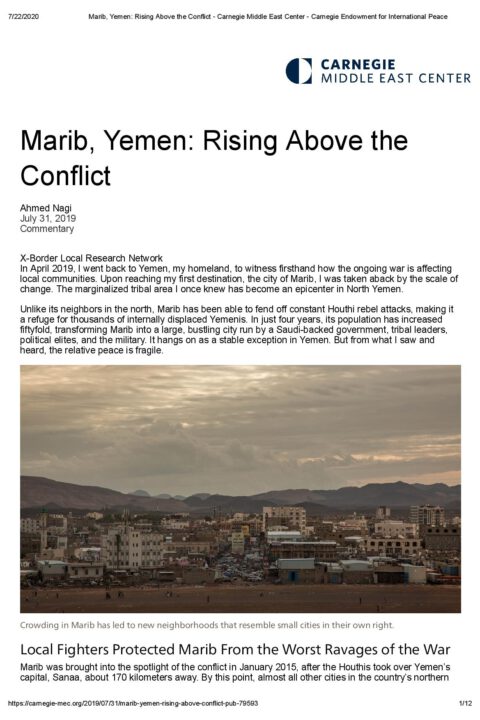 Short report on the situation in Marib, stressing positive local developments and risks to local stability

In April 2019, I went back to Yemen, my homeland, to witness firsthand how the ongoing war is affecting local communities. Upon reaching my first destination, the city of Marib, I was taken aback by the scale of change. The marginalized tribal area I once knew has become an epicenter in North Yemen.

Unlike its neighbors in the north, Marib has been able to fend off constant Houthi rebel attacks, making it a refuge for thousands of internally displaced Yemenis. In just four years, its population has increased fiftyfold, transforming Marib into a large, bustling city run by a Saudi-backed government, tribal leaders, political elites, and the military. It hangs on as a stable exception in Yemen. But from what I saw and heard, the relative peace is fragile.