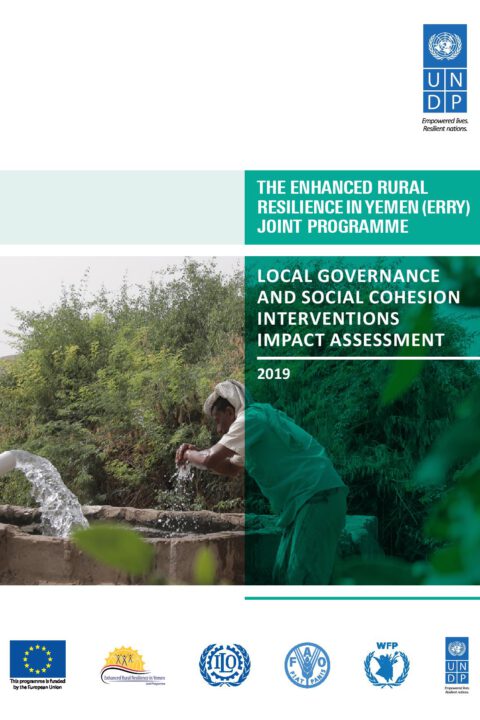 Assessment of the local governance and social cohesion interventions under the Enhanced Rural Resilience in Yemen Programme in Abyan, Hajja, Hodiedah and Lahj governorates in Yemen

This report presents the results of an assessment of the local governance and social cohesion interventions under the Enhanced Rural Resilience in Yemen (ERRY) Programme in Abyan, Hajja, Hodiedah and Lahj governorates in Yemen. The Governance and social cohesion review was commissioned to assess interventions, shift in capacities and conditions of local governance interventions at the community and district-levels, and capture the intended and unintended impact in the four governorates and targeted districts in terms of enhancing the service delivery aspects of the community-based resilience building process in the crisis context of Yemen.

To fulfil the research objectives, a combination of quantitative and qualitative assessment techniques and tools was used, including key informant interviews (KIIs), questionnaire, focus group discussions (FGDs), case studies, and structured observation. The assessment was carried out by Grassroots-Yemen during the period of 15 December 2018 – 15 January 2019. Specific impact indicators for the local governance and social cohesion work through Village Cooperative Councils (VCCs and Local Community Committees (LCCs) were utilized for this review in line with the Terms of Reference, after close consultation with the United Nations Development Programme (UNDP) programme coordination team and taking into account the views of VCCs and LCC on areas of impact.